As the weather cooled down in late summer, all my bamboos started growing faster above and below the soil level. Even the highly variegated seedlings started running with extreme vigor, this fall. The fact, that that they are variegated and have somewhat lower photosynthetic ability didn’t seem to bother them. Most of my Phyllostachys arcana ‘Luteosulcata’ seedlings had shown extreme vigor and tendency to grow many runners that often appear above ground only to dive into the soil again. All the variegated seedlings are showing the same kind of growth, as I’ve already mentioned in previous post.

When the summer heat and drought passed, we’ve been hit by colder than average weather and close to record breaking amounts of rain. We’ve only have a couple of sunny days and most of the time it was raining. All the water managed to wake up the bamboos that were mostly sleeping and quietly storing energy during the summer. Like I mentioned earlier, the leaves were badly burnt in the summer due to high amount of direct sun, heat and lack of precipitation. Days have shortened and the sun lost its scorching strength in late summer. The change made bamboos look completely refreshed and renewed, compared to rather sad  burnt seedlings during the summer. 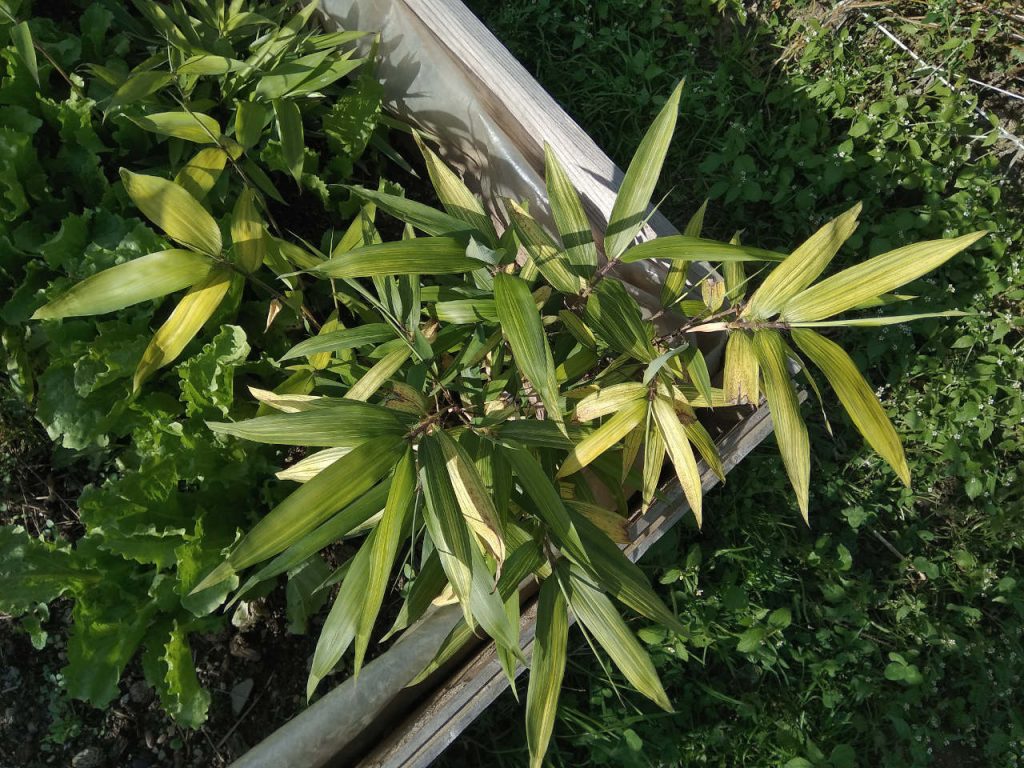 The second variegated seedling is now the largest

I have expected the leaf color to change when the leaves receive different amounts of light and it seems they did turn a bit darker green as soon as sun exposure declined. It could as well be a coincidence related to the growth pattern they are showing – gradual change from almost completely yellow leaves on the bottom of the new shoot, all the way towards the almost solid green leaves on top. Same growth pattern occurs on branches as well. One of the seedlings has wider range of leaf colors, because it gets darker green than the other which remains intensively variegated. 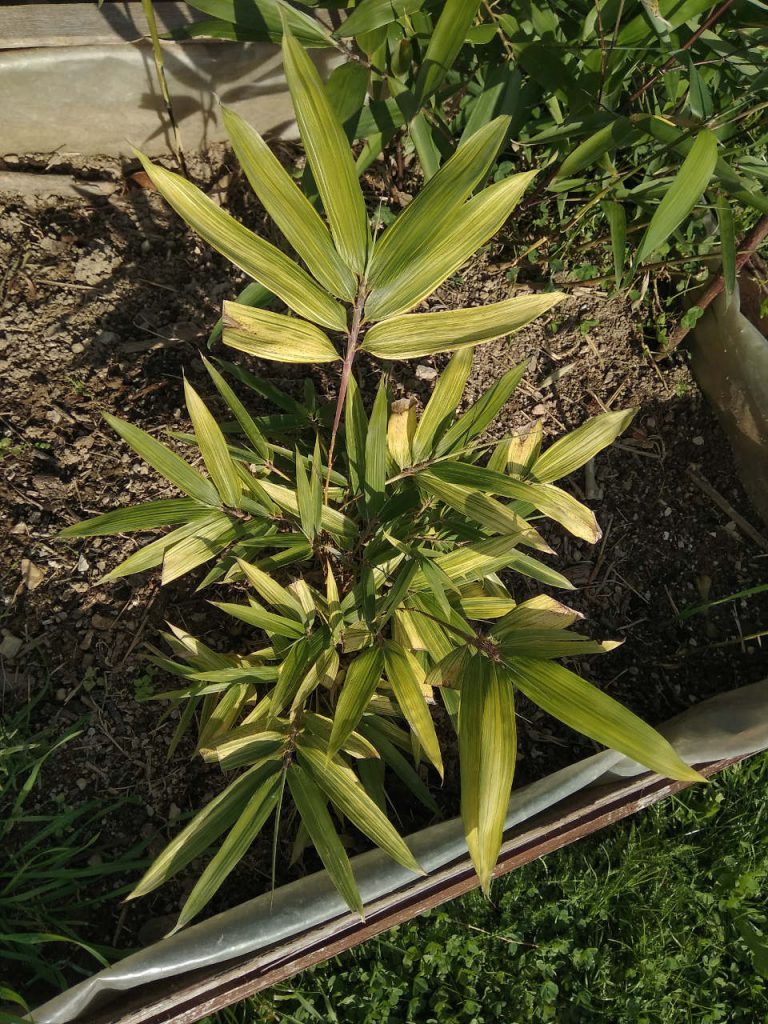 When the weather started cooling down, leaves started changing rapidly. Light and thin leaves thickened and got almost glossy surface. With warm daily high temperatures, all bamboos grew fast, even when temperatures during the night fell below 5°C. It should be interesting to see, how much cold the ‘waxed ‘leaves can hold during the winter. The leaves also started getting a bit darker color on the variegated part of the leaf. Transformation is similar to Hibanobambusa tranquillans ‘Shiroshima’, which turns from cream white to yellow color.