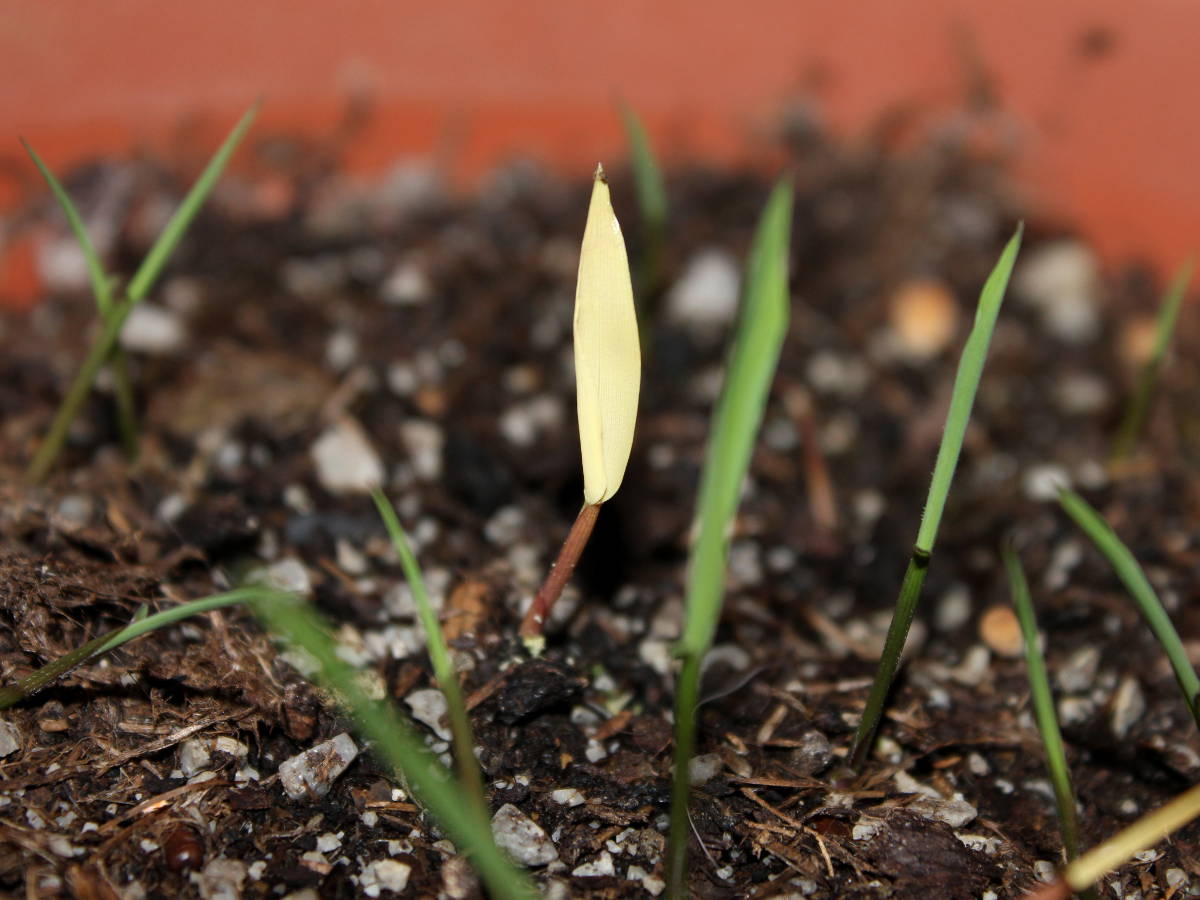 Albinism in plants is partial or complete absence of green chlorophyll pigment, which is essential for any plant to convert inorganic molecules into larger, organic molecules. Albinism interferes with photosynthesis which often leads to plant’s death. Well, unless the plant is parasitic, it doesn’t stand a chance of survival without photosynthesis. In the case of partial plant albinism, there is some chlorophyll production, but there are also parts of the plant that are lacking the green pigment. Partial albinism can be the cause of plant tissue variegation, such as variegated leaves, fruits, flowers or stems. In some cases partial albinism causes flowers to appear white even if the plant’s chlorophyll production is otherwise normal. According to one of the theories I’ve came across when reading about the issue, albino seedlings lacks a trigger hormone which is essential to initiate the chlorophyll production. Seeds can loose some of the needed hormones during storage, possibly due to mould infection. Seedlings that appear completely white or yellow usually die in the first couple of weeks, when they use all the food stored inside the seed.

Some plants, including many bamboo species, can have quite a lot of genetic mutations that cause albinisim. While germinating Phyllostachys arcana ‘Luteosulcata’ seeds, I noticed a large number of sprouts that were light pink, white or yellow colour and had no green pigment. Some of the first leafs had also shown minor difference in strength of green colour. There is a chance, that the lighter green seedlings will end up as partial albinos. Seeds usually store enough energy for the bamboo seedlings to grow up to three leaves, before they deplete the reserves, which makes them less dependant on nutrients from the growing medium. In later phase of growth, different colours can be the result of nutrient deficiencies, but at the stage of small seedling, that can’t really be the cause. The seedling colour could be slightly different because of other factors, for example, difference in stored enzymes or hormones, seed age, physical damage or genetic mutation.

Albino bamboos will perish in around two or three weeks. I might try to keep them around for a while longer, using lightly sugared water solution and foliar feeding. The albinism is supposed to be unconditional, without a chance for the seedlings to somehow restart chloroplast production. I will try to foliar feed those seedlings with plant matter from healthy bamboo leaves. If the theory about plant lacking triggering hormone is right and if those hormones can travel into the albino seedlings through the leaf via diffusion or through stomata, perhaps introducing the albino seedling to hormones from healthy leaves can trigger the plants to start producing green photosynthetic pigment and avoid certain death.