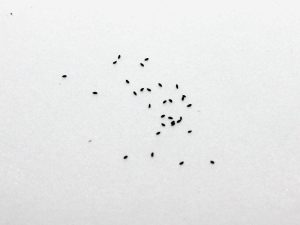 I have been growing Drosera capensis sundews for quite some time and decided to add a few more to my list. The first one is Drosera sp. Pretty Rosette. According to carnivorous plants communities around the internet, Pretty Rosette is supposed to be an unique form of Drosera dielsiana. Like many sundews, it originates from South Africa. It’s rosette forming Drosera and it grows up to 4 cm in diameter. It’s one of the sundews that are fairly easy to handle.

Seeds are very small, just as all Drosera seeds. First sprouts appeared in 14 days, which was a bit faster than other Drosera seeds I’ve grown, except for the fresh D. capensis seeds I have collected myself. It is almost impossible to distribute the seeds evenly over the surface, so the majority of seeds started growing on a small patch of peat. In time, I’ll transplant the plantlets and give them more space to grow, Drosera  Pretty Rosette is supposed to be small, which means I have some time before they grow that much.

In the beginning, the seedlings were growing quite fast. It took less than a week for them to start growing their first true leaves with their sticky traps. The first leaf actually managed to catch a small springtail as soon as the tentacles got dewy. 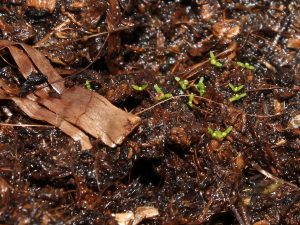 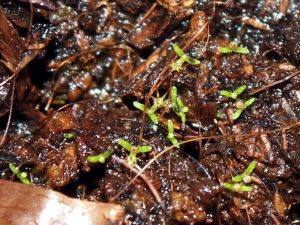 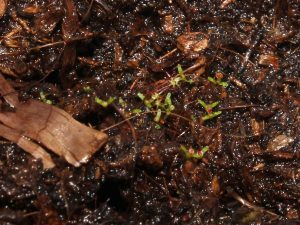 One of 7 days old seedlings already caught a springtail 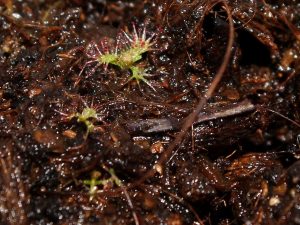 Seedlings responded well to strong grow light and showed red tentacle coloration from the very beginning. The ones that managed to catch a springtail speeded up growth and remained green, seedlings that were not so lucky, turned red and developed much slower. So far it seems that Drosera Pretty Rosette seedlings are even more effective when it comes to capturing small springtails. At one point, almost all the seedlings have caught something, some of them used two or more traps at the same time. 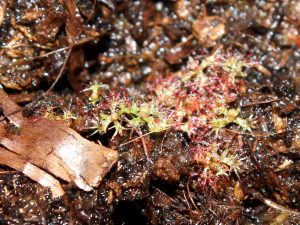 Carnage in the dense forest of sundews

It will be fun to see how fast I can get them to adult size. They don’t cross pollinate with any of my current sundews, so I’ll have to wait for my other seeds to finally germinate. I want to successfully cross pollinate Drosera capensis with a rosette forming sundew, Drosera spatulata. First seeds have just started sprouting so perhaps by mid summer I will be able to get at least some of them to flower. As soon as the traps get large enough, I’ll start feeding them fish food. I think they should all be ready to find their own food by the end of spring. Insects, beware!